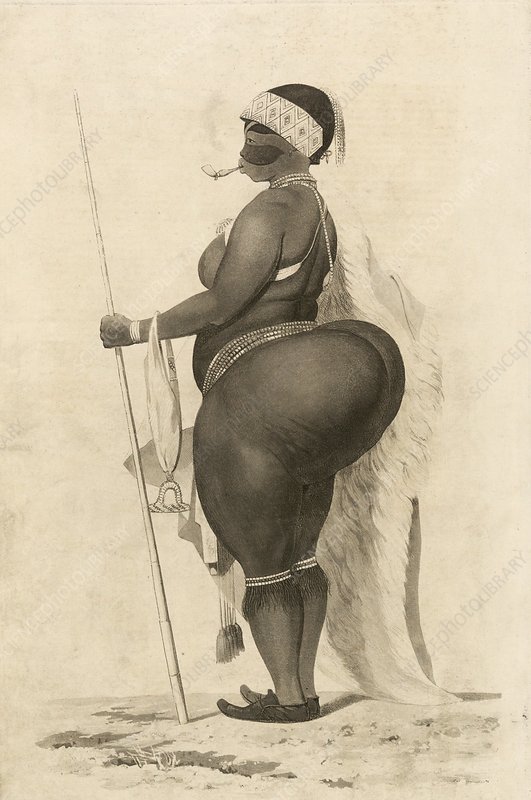 Sartjee, the Hottentot Venus. 19th-century artwork of the Khoikhoi woman, also known as Sarah Baartman, who was exhibited in Europe as the Hottentot Venus. She was from what is now the Eastern Cape of South Africa. Orphaned as a child, she was a slave to a Dutch farmer before travelling to London in 1810 with a British showman. She was exhibited in London and other European cities, before dying in Paris in 1815. Her skeleton was exhibited in a Paris museum until the 1970s. Her remains were returned to and buried in her Gamtoos Valley homeland in 2002. This artwork was for a newspaper advert of one of the exhibitions.