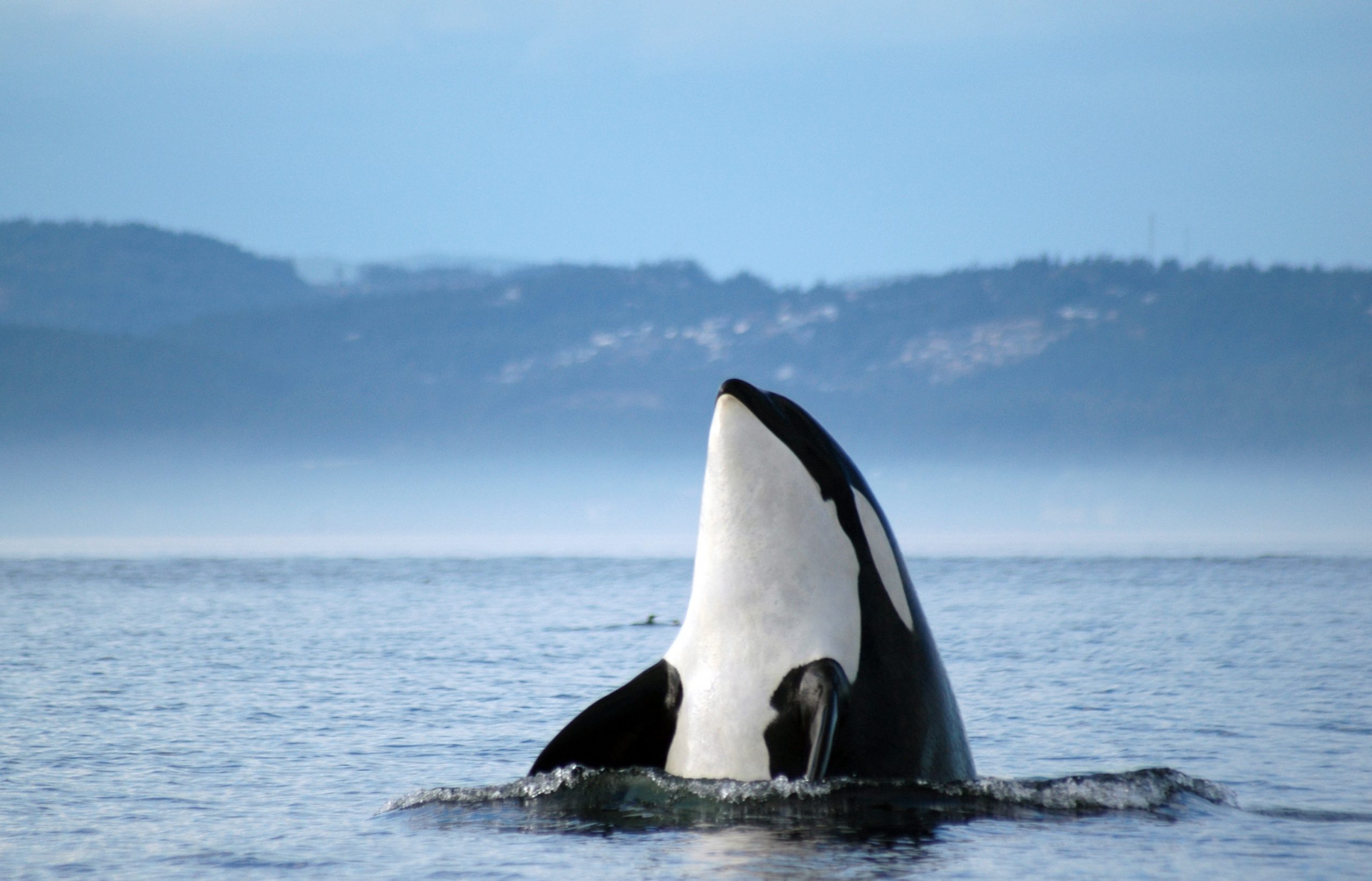 The Orca or Killer Whale (Orcinus orca) is the largest species of the oceanic dolphin family (Delphinidae). It is the second-most widely distributed mammal on Earth (after humans) and is found in all the world’s oceans, from the frigid Arctic and Antarctic regions to warm, tropical seas. Orcas are highly social and generally travel in stable, matrilineal family groups.

Orcas are versatile predators, with some populations feeding mostly on fish and others on other marine mammals, including large whales.

The three types of orcas are:

Resident: These are the most commonly sighted of the three populations in the coastal waters of the northeast Pacific. The resident orcas’ diet consists primarily of fish, and they live in complex and cohesive family groups known as pods. Female residents characteristically have a rounded dorsal fin tip that terminates in a sharp corner. They are known to visit certain areas consistently.
Transient: The diet of these orcas consists almost exclusively of marine mammals. They do not eat fish. Transients generally travel in small groups, usually of two to six animals. Unlike residents, transients may not always stay together as a family unit. Female transients are characterized by dorsal fins that are more triangular and pointed than those of residents.
Offshore: These orcas cruise the open oceans and feed primarily on fish, sharks and turtles. They have been seen traveling in groups of up to 60 animals. Currently there is little known about the habits of this population, but they can be distinguished genetically from the residents and transients. Female offshores are characterized by dorsal fin tips that are continuously rounded.